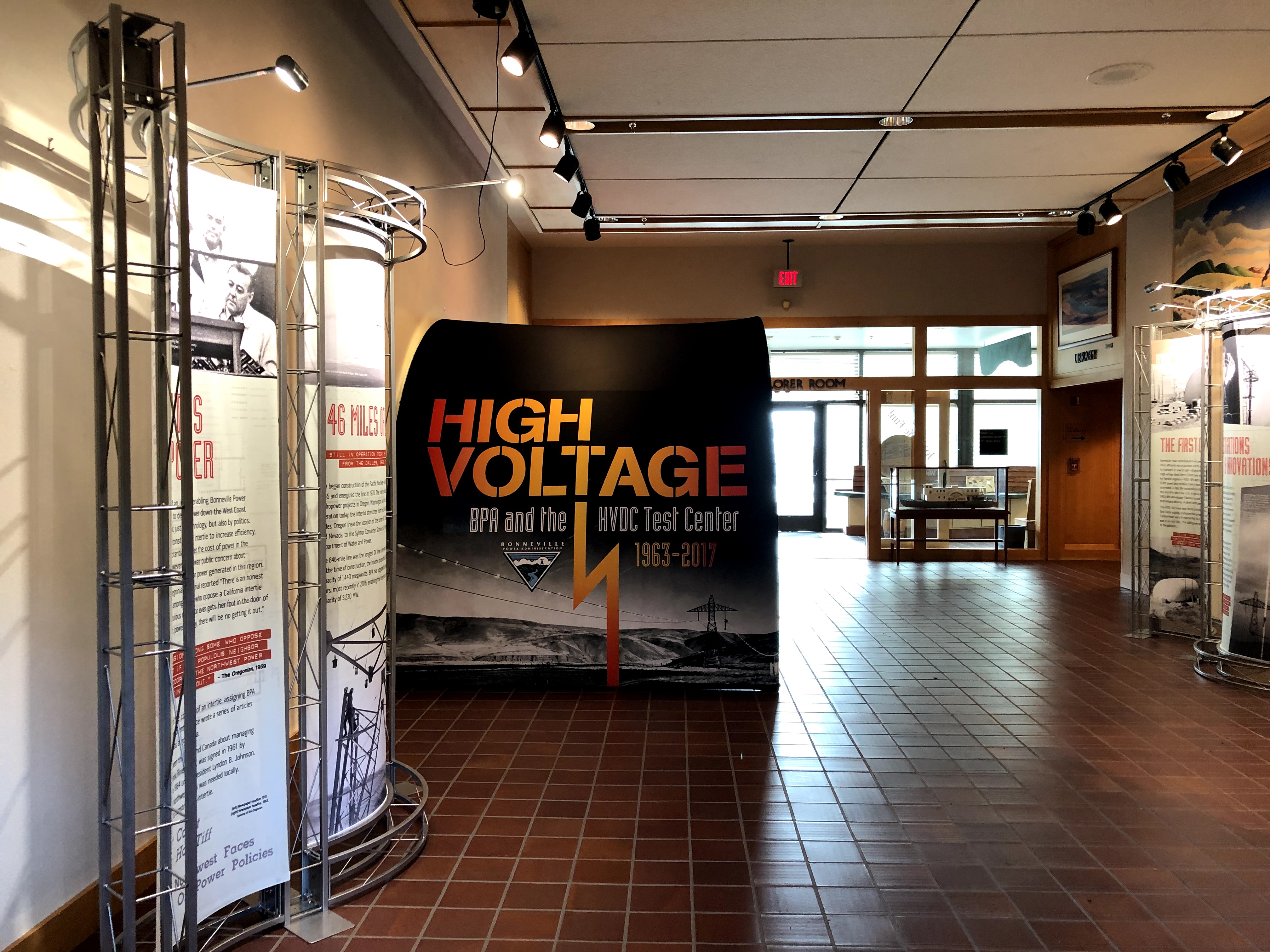 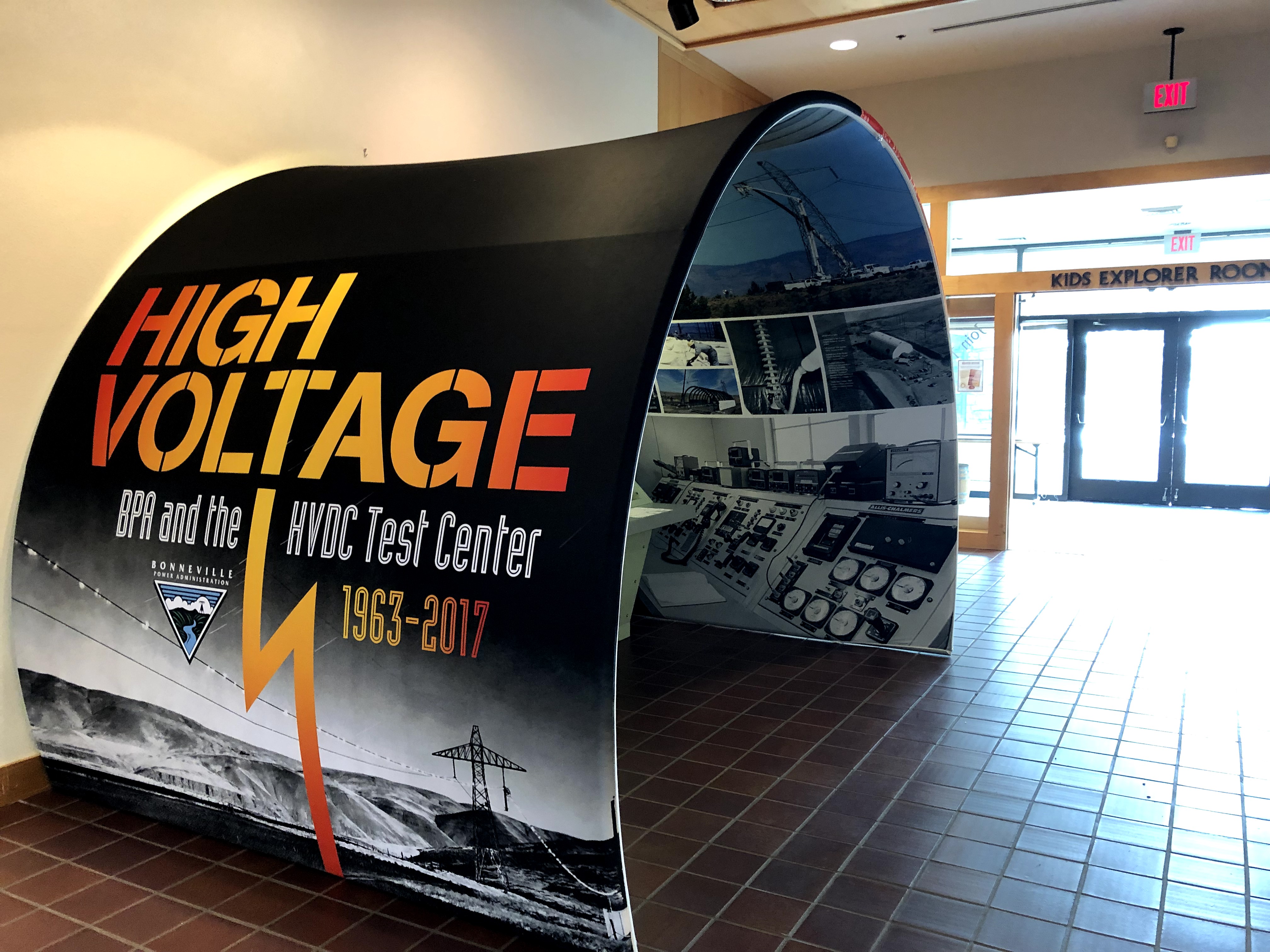 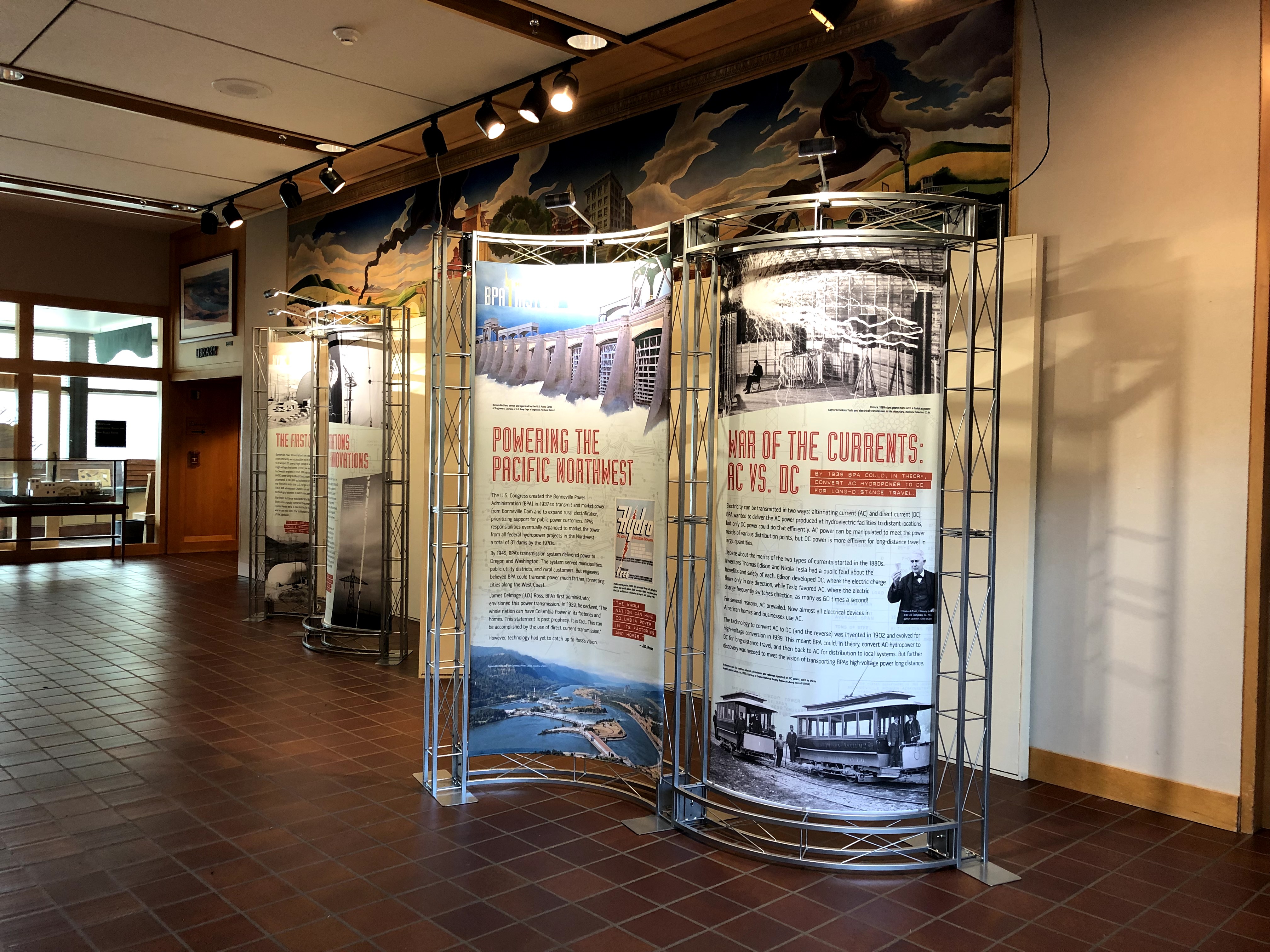 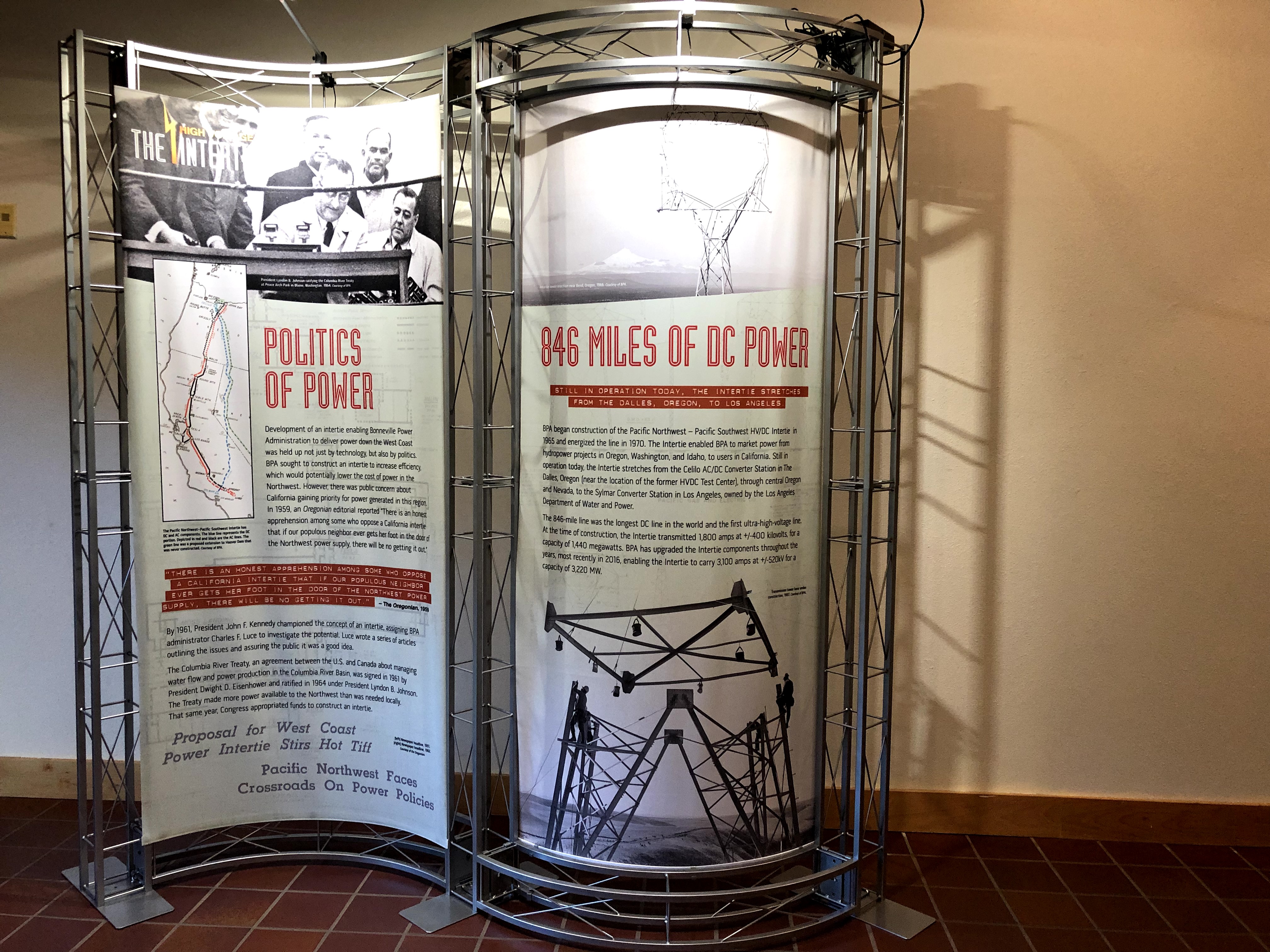 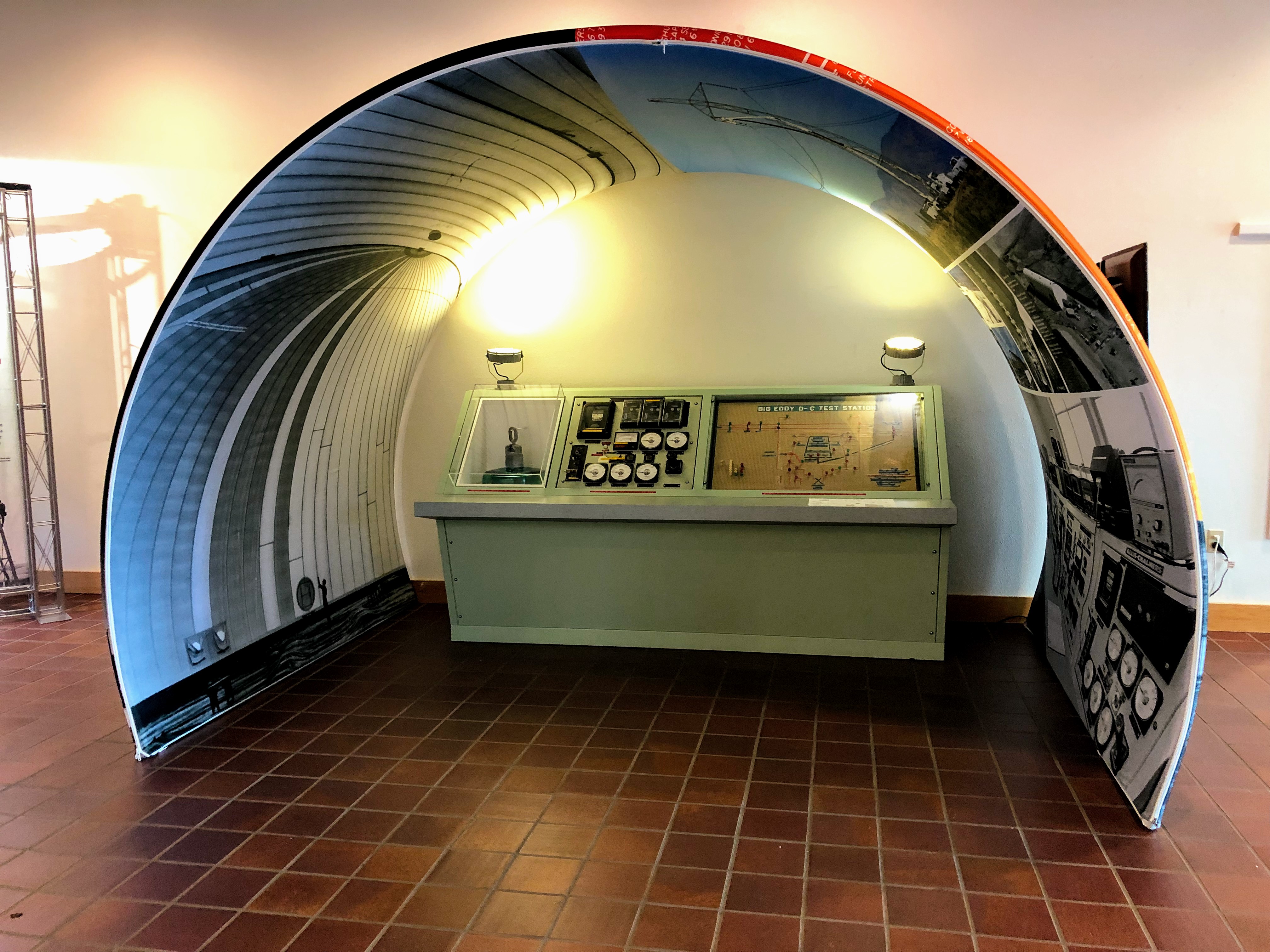 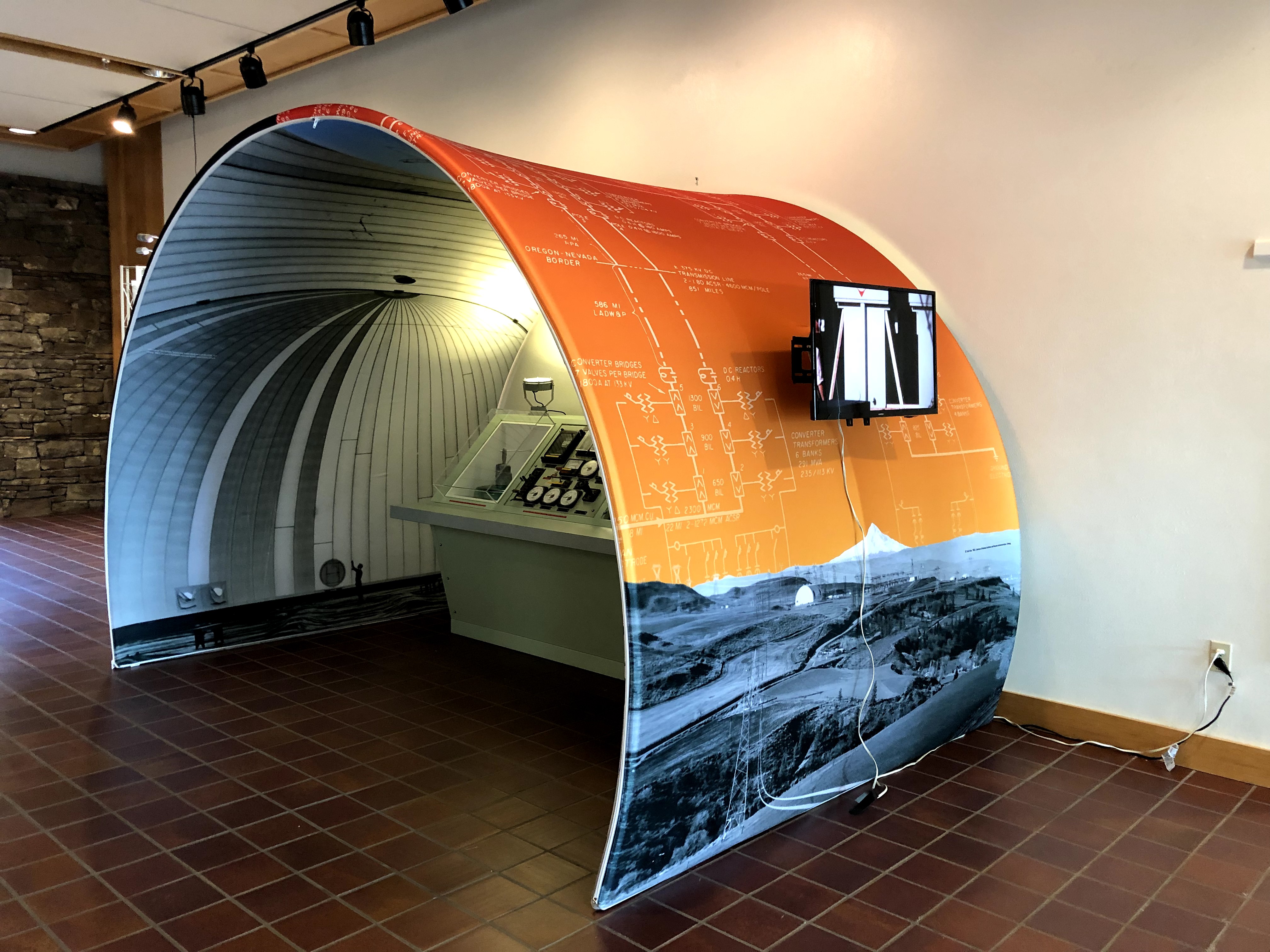 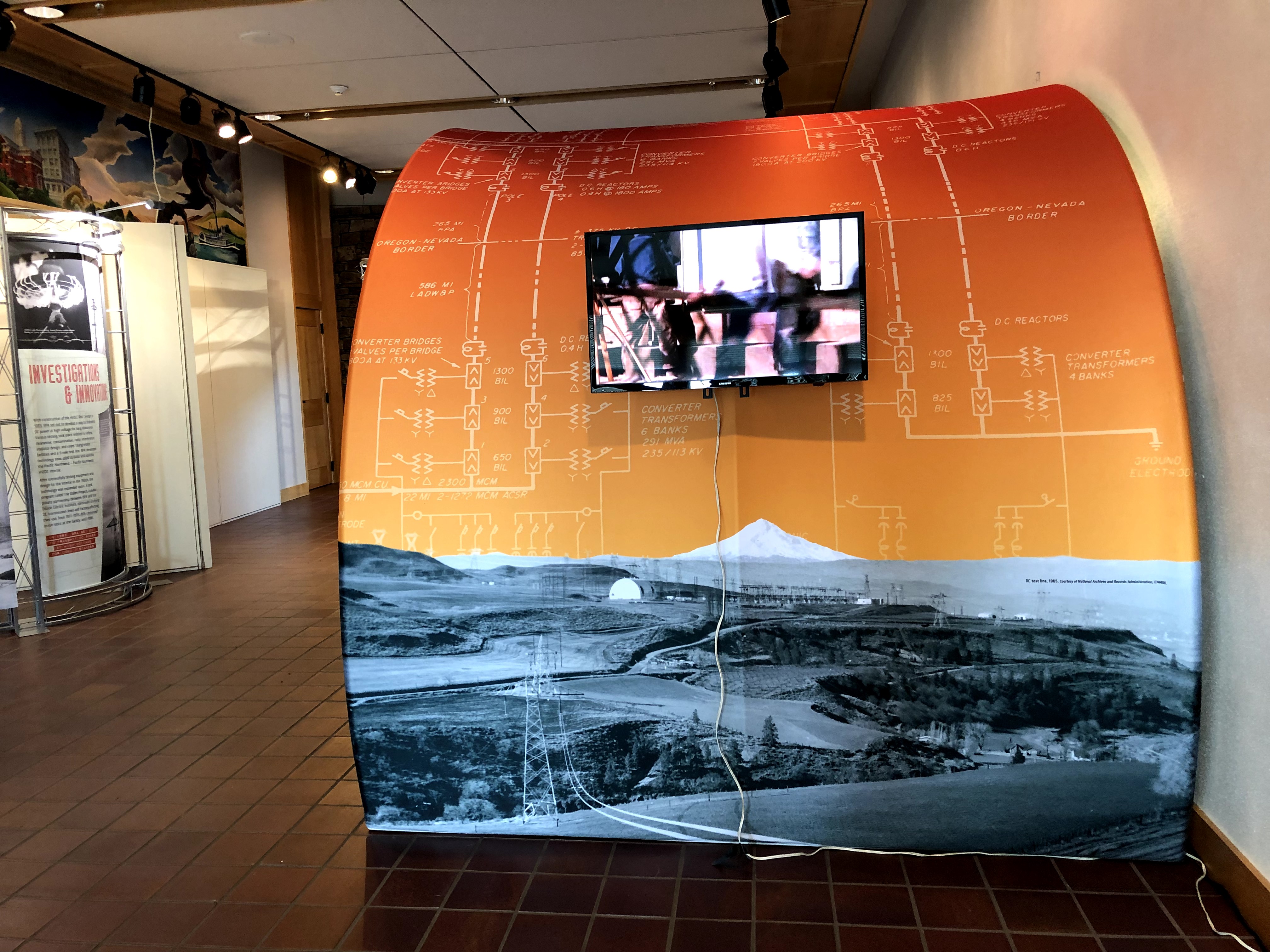 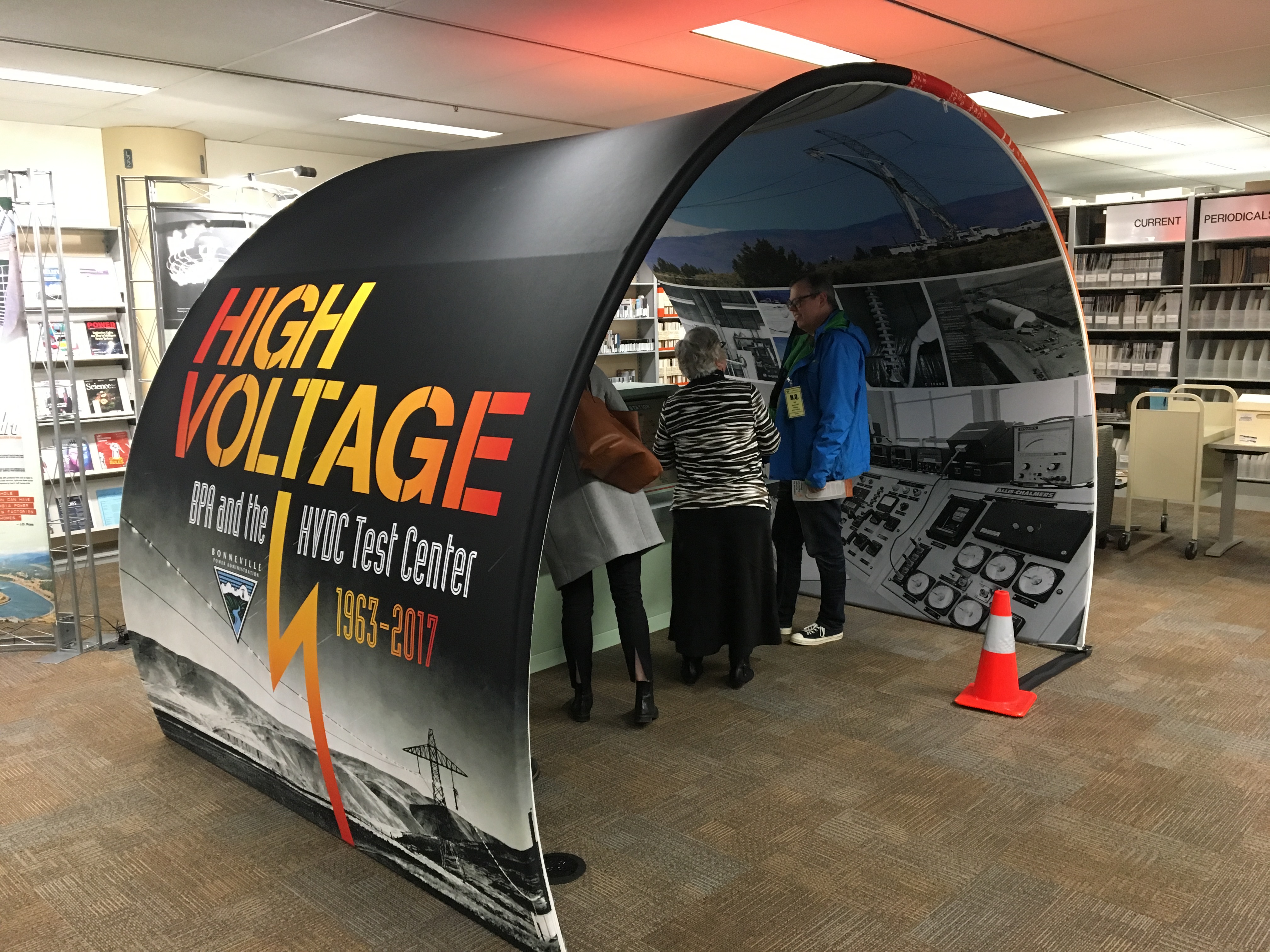 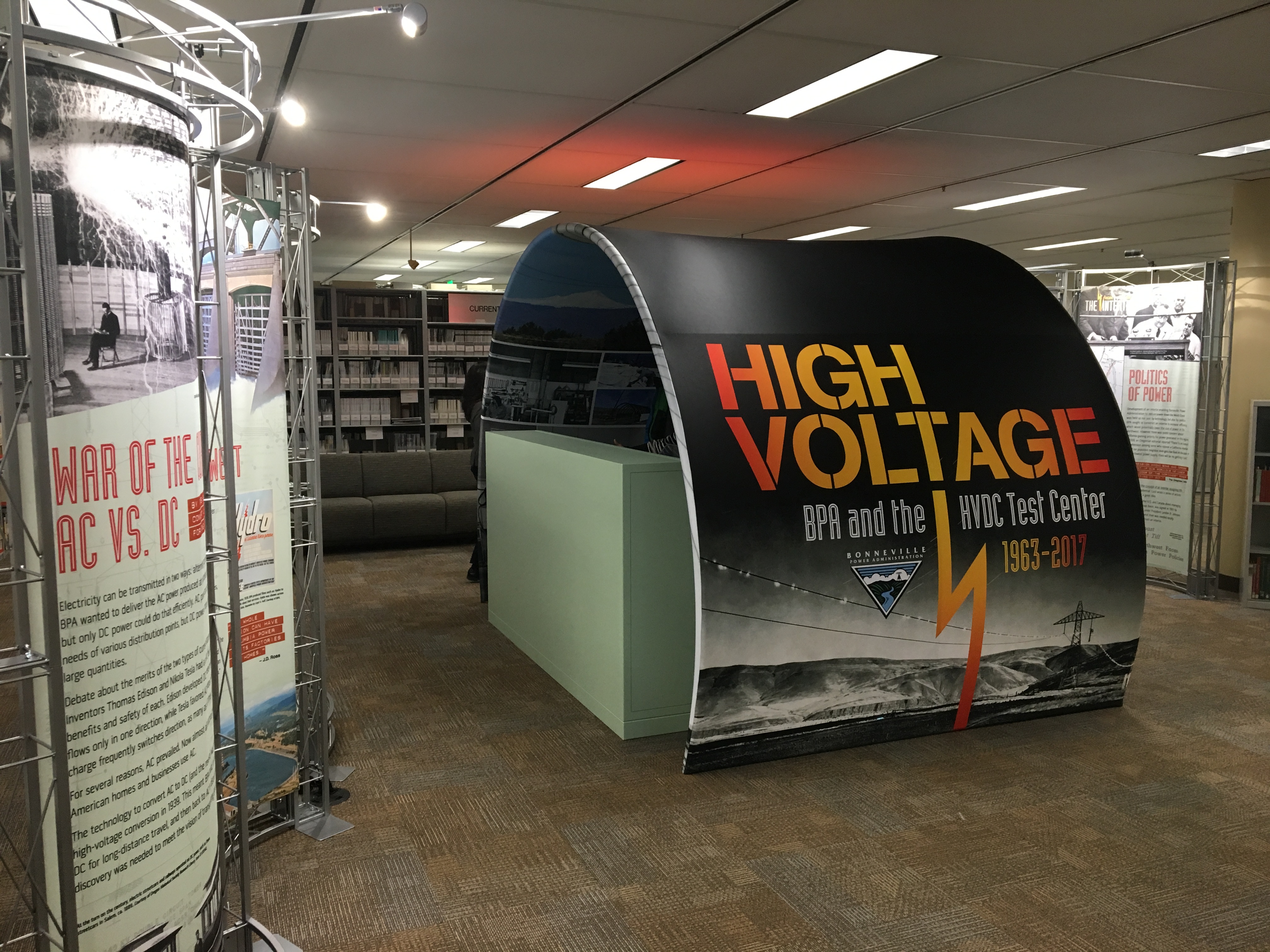 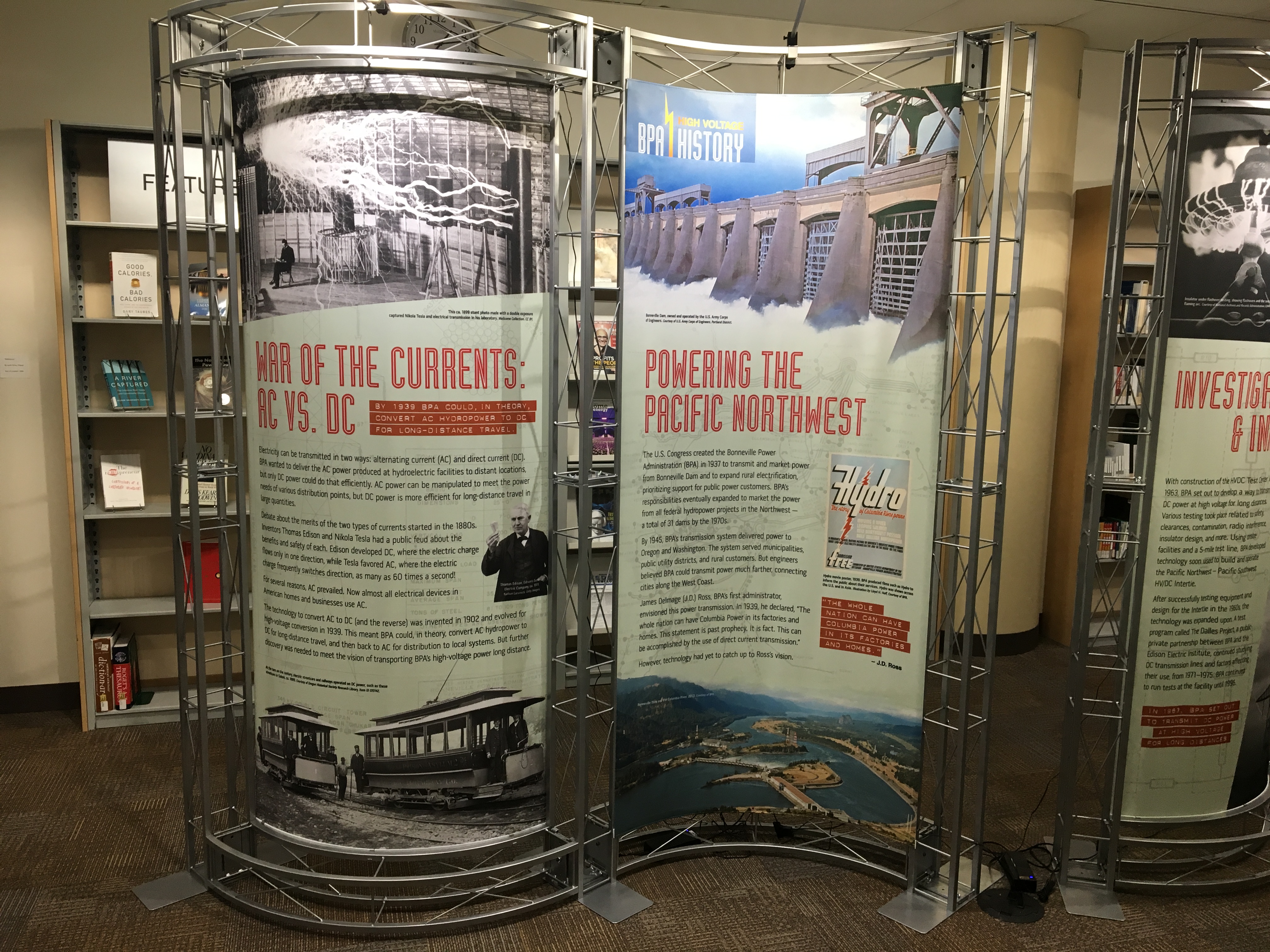 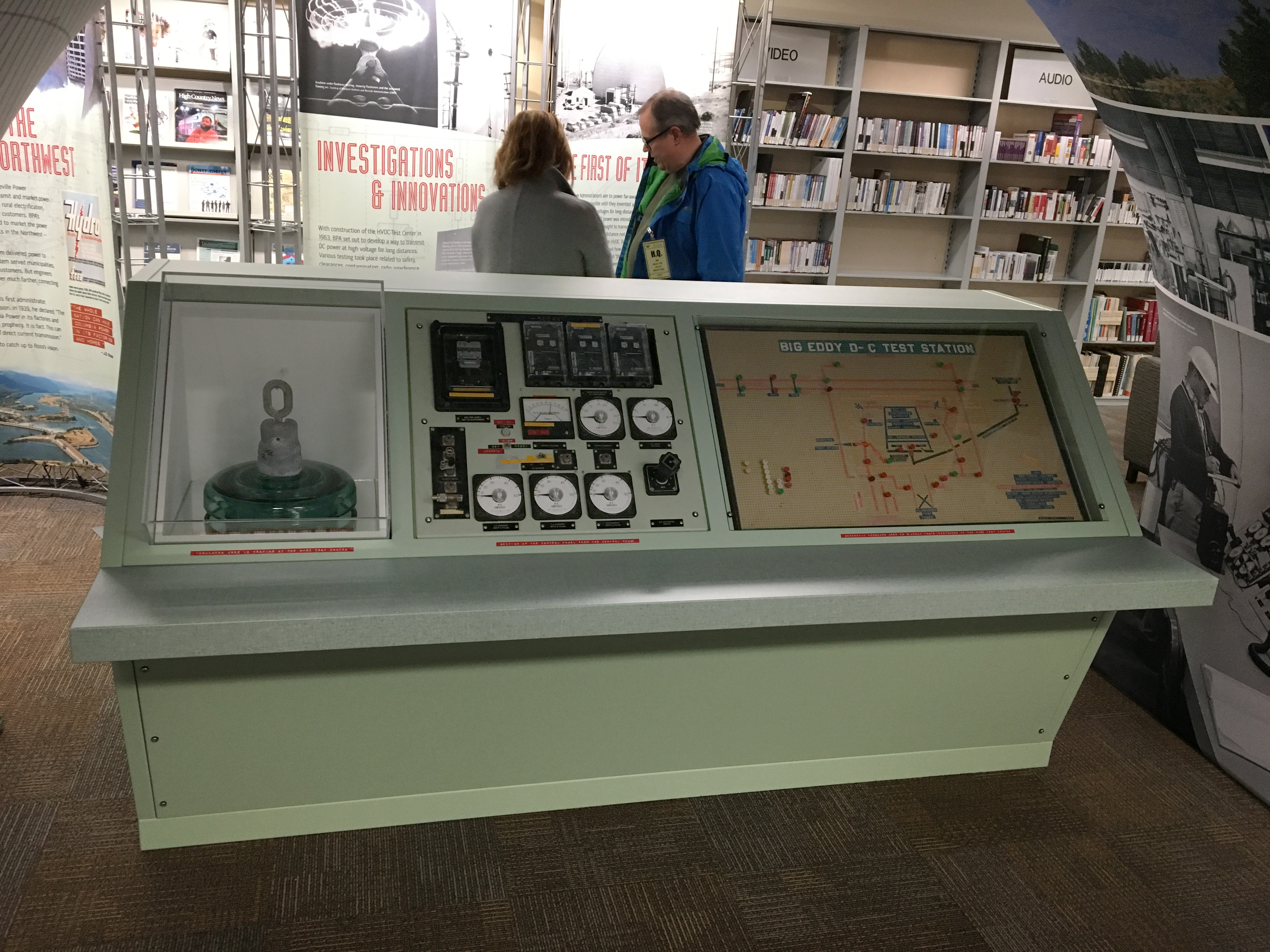 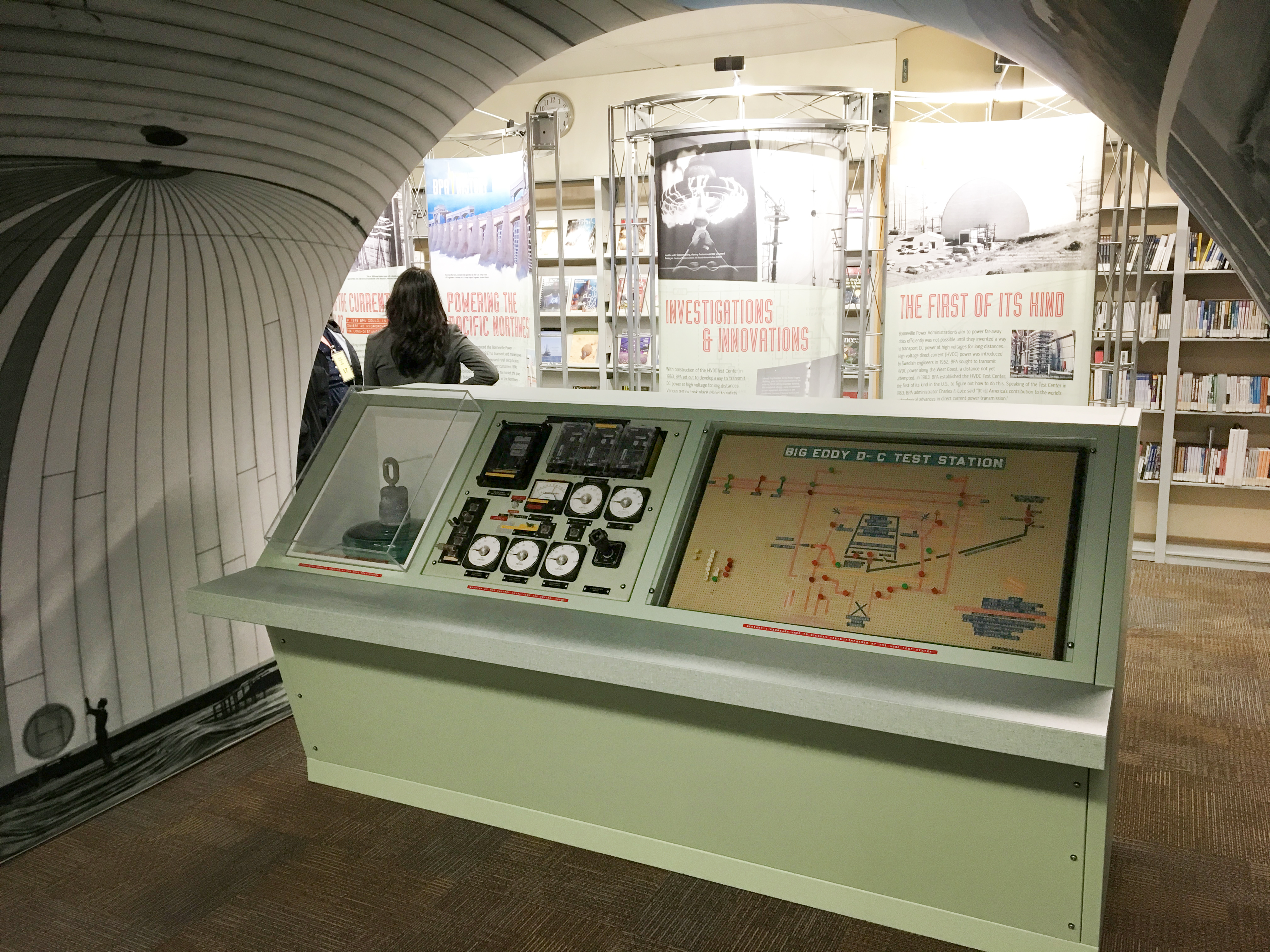 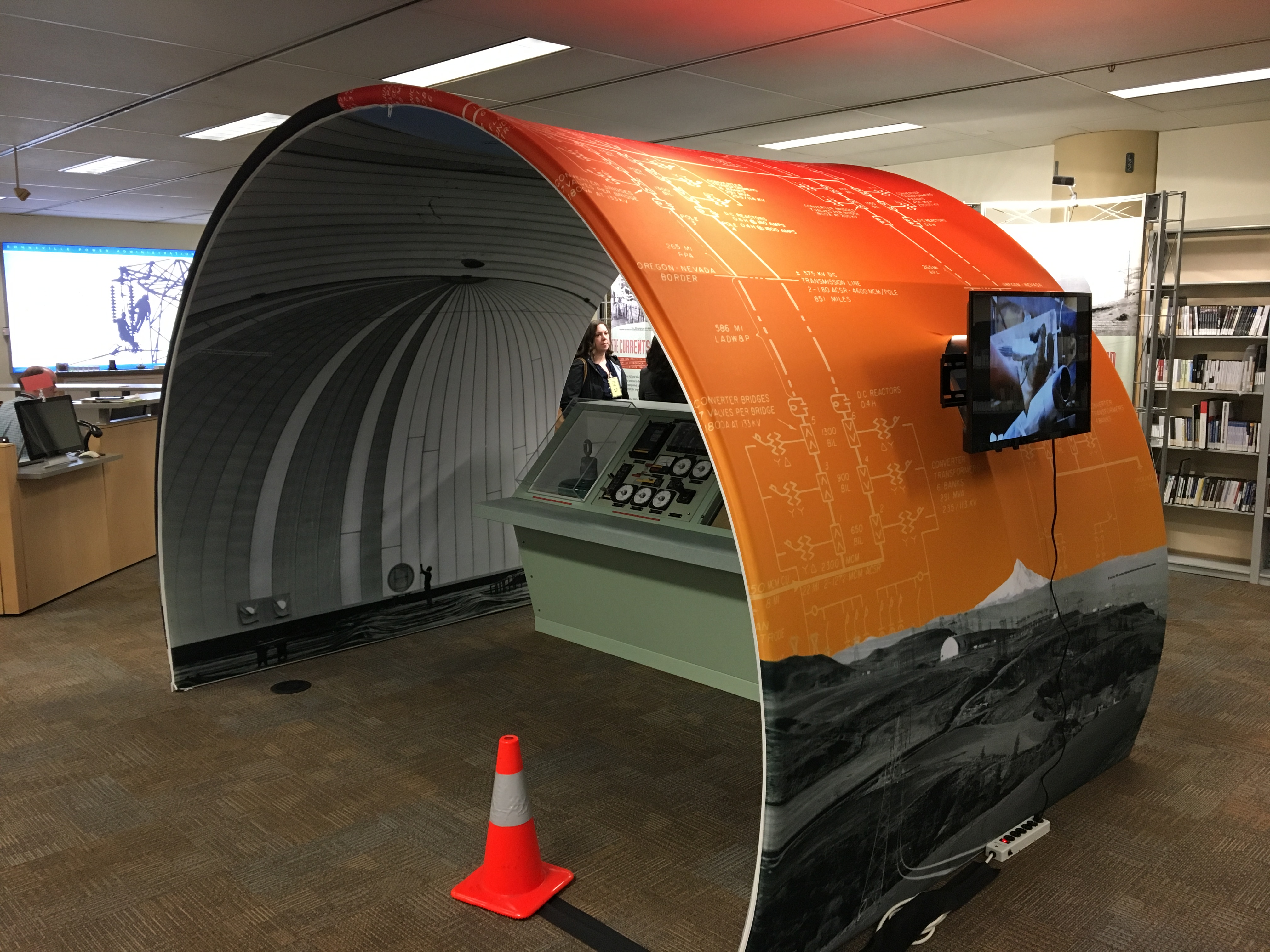 This exhibit tells the story of how BPA developed high-voltage transmission lines in the 1960s that allowed power from Bonneville Dam on the Columbia River to be transported to southern California. It is also cultural mitigation for the demolition of the HVDC Test Center — a humble quonset-hut building in The Dalles that served as a primary research lab in the early stages of the historic project. This modular and portable exhibit includes text panels in tower-like frames, a large hoop element reminiscent of the test center, and a custom-built display case modeled on the actual control panel used by engineers to conduct experiments.